So for those of you who have been living under a rock: I have wonderful news! The Elder Scrolls dropped its fifth installment 9 days ago. So far it has gained critical success and sold millions upon millions of copies. 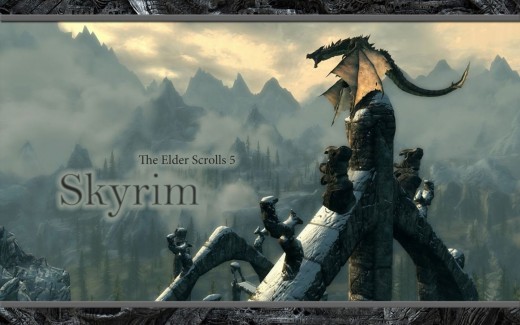 I have personally dumped in about 40 hours into the game, and I barely scratched the surface of what exists in the game. My quest log is overflowing with things to do and not enough time to do them.

I have a few game play/bug problems I’d love to chat with BethSoft about, but bugs are bugs. It’s hard to avoid them.

One bone that I have to pick with the design of the game however is this: it’s not racist enough.

Now before you call the ACLU, I assure you if anything that is meant to be very inoffensive.

Before I continue, I will say this about Skyrim: this is the perfect exercise of video games as an art form. The countless moving pieces of Skyrim fit together to make a perfect picture of a world that is compelling and enthralling. It forces the player to think and at times, feel.

With any art form it has a powerful story, much of Skyrim’s events are focused around large scale conflicts. The overriding conflict is the civil war between the Aldemeri controlled Empire and the Rebellious Nord Stormcloaks. Now, when working with such a divisive issue as a civil war, the people will be seething anger and discontent for each other. As you walk through the Province of Skyrim you can hear people shouting at each other down city streets damning the opposition and swearing vengeance. People will approach you to help one faction or the other. This conflict runs deep through the game and it creates an atmosphere of overbearing pressure and uncertainty, which parallels and compliments the Dragon threat nicely. So the civil war represents the political struggle in this game. However, tied into the Imperial occupation of Skyrim is the second conflict, the worship of Talos. The Aldemeri Dominion has sent a detachment of the Thalmor, a group of devout Elven warriors who can be most accurately be compared to a Secret Military Police. The Thalmor are present in Skyrim to help keep order, but also to ensure the end of the worship of Talos, the 9th Divine. Talos is a divine of specific importance to Skyrim, not only was Talos born a Nord, Tiber Septim, but he served as the uniting force that established the Empire. So this conflict with the Aldemeri Dominion serves as the religious conflict in Skyrim.

These cultural, political, and religious conflicts help define and shape the world of Skyrim. A world that feels as though it is tearing apart at its very seems, and there are only a few honestly trying to keep it together.

One qualities of Skyrim that is unique to the series is very well defined races. Each of the races has an extraordinarily unique personality that is a result of both superior design and years of refinement.

The Elder Scrolls: Arena released in 1994 and featured 8 of the now 10 races in Tamriel. Since then The Elder Scrolls has released 13 Games and Expansions. Each installment further contributing to the racial identity and history of these 10 cultures.  This rich history provides a cultural understanding of each race that, I can say with strong confidence, exists in almost no other game. 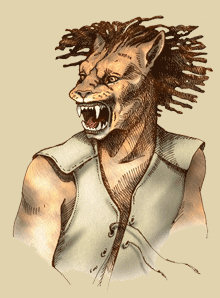 The races of Tamriel are not only beneficiaries of a long history in games, but they all draw their distinctive identity from their impeccable design. Each is designed with features and nuances that allow the player to embellish their understanding of each race subconsciously. The Elder Scrolls races all have a connection to real life races and creatures allowing the player to take their understanding of those parallels and apply it to the Tamriel race.

I’ll take for example one of my favorite races, the Khajiit.

The Khajiit are a cat-like humanoid race. When you first see a Khajiit, your first thought is probably,

‘Holy shit, that cat is standing up and talking to me’.

Once you get past the initial strangeness of having a chat with Mr. Fluffy, you’ll start to make assumptions about the race. First, the feline nature of the Khajiit makes the player think that perhaps the Khajiit share similar attributes to cats. Is it possible that they are quick, graceful, quiet, and mysterious like felines? All of these thing are true, and as such the Khajiit have always had bonuses to speed, sneaking, and agility. If the player is a seasoned RPG veteran, they will begin to form ideas about the role a Khajiit could play. Quiet and light classes come to mind: thieves, assassins, rogues, warriors of speed, and so on.

Beyond their physical appearance is their voice. When you listen to the Khajiit, it is true they have a unique way of speaking that lends itself to what one might expect a cat would talk like if it spoke English. However upon closer examination, you will notice the Khajiit’s accent is actually Arabic in nature. This may seem unoriginal or irrelevant in some regard, but it is actually the greatest strength of some races.

In other games, alien and foreign speech usually has a layered sound effect to make their voice sound unique. Sometimes the actor’s pitch is higher or lower than is normal for a human speech. Effectively accomplishing nothing more than establishing that: Yes indeed, this creature I am speaking with is not human. 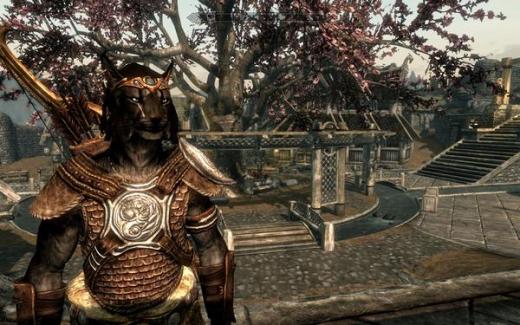 However, Tamriel’s race connections to the real world help players establish race identity subconsciously. As a clarified earlier before, the Khajiit have an Arabic speech pattern, many players may not immediately recognize it consciously, but unconsciously it begins to conjure up many different pieces of cultural identity.

Geography: arid lands and dry climates. It just so happens that Elswyr the province from which the Khajiit hail is:  “harsh badlands and dry plains,”.

Culture: Intelligent, sly, and clever people with battling factions and classes. Upon examination it turns out that there is a class hierarchy in Elswyr based on the vast wealth disparity.

Economy: A strong trading economy with the entire world for its unique resources. Elswyr is known for exporting the psychotropic drug Skooma made from resources unique to Elswyr. Not to mention Khajiit caravans can be seen throughout Tamriel and Skyrim.

It startlingly how many comparisons can be drawn between the Middle Eastern cultures and that of Khajiit.

Taking in mind the time setting, and I begin to imagine an ‘Arabian Nights’-esque scenario with warring Khajiit Families vying for control of the region, sending rooftop thieves and assassins to undermine each other. What follows from such behavior is a reasonable measure of distrust, these trade-conscious (aka greedy) merchants and foreigners simply can’t be trusted.

Clearly the essence of this race’s characteristics is now being shaped by the mind of the user without ever having to see a piece of information to confirm it, but it is all true.

That is incredible character design at work, it’s refreshing and new to players well acquainted with the Tamrielic races; and it is easily identifiable and unique to players unfamiliar with the series.

Seeing how the different races of Skyrim benefit from the design creating more complete identities; it follows that the developers have more to work with. They can address racial issues in game, and they do! Sort of…

Throughout the game there are several cases in the game where NPCs are attacked or berated based on whether they have hair, fur, pointy ears, or scales. These moments are great. They illustrate further a world filled with strife over politics, religion, and race that is tearing asunder.

However these sequences are squandered, the player can seldom interact with the exchanges either by entering the conversation (and telling the bigots to sit and spin on a sharp icicle) or knocking some manners into the racial ignoramuses (which currently has no street justice value because the guards arrest you just the same). So the racism in Skyrim is only seen and not felt.

If you are going to develop rich cultural identities and races, and if you are going to bring racism into the game (for better or worse): make it impactful.  Don’t make racism a set piece for the player to watch and quietly comment,

‘Aww, that’s terrible! That mean drunk is yelling at that strange cat person.’

What needs to happen is the player needs to interact with the racism.

If the player character is a Khajiit, I want the game to restrict me from entering Whiterun just like the rest of the Khajiit merchants camped outside the city walls. Make me work for it. If the Khajiit player wants to enter the city, force them to pay off the guards, sneak in, or get the Jarl’s attention for an audience. Make an adventure of proving yourself  as above the racist element in the game. There already exist parts of the game where you must work hard in order to gain acceptance, why not add a new dimension to that? (This has been found to take place when non-Orc players encounter Orc encampments).

Make it so that when the Khajiit thief I am playing is finally made a Thane of a Skyrim Hold; I can approach the city guard who denied me entrance and chew him out, or simply smile as he says ‘Good day, Thane! Anything you need?’ (Thane is an official title in Skyrim, equivalent to a Lordship or a Knighthood)

Furthermore, extend this racism to companions. My first time entering Windhelm I encountered two Nords harassing a Dunmer, blaming her for one thing or another because she was a Dark Elf. At the time my companion was the Dunmer priestess of Azura (Aranea Ienith). She sat there doe eyed and spoke not a word of it.

This is where BethSoft can take a page out of the book of Bioware. Common in BioWare RPG’s is when companions in your party challenge your moral standing if you overlook some sort of violence or discrimination.

Why didn’t my companion jump to the defense of her fellow Dunmer and harangue the racist Nords? Or couldn’t she at the very least have said something to me about her discomfort in a place where Dunmer hate was unabated. If upon entering a city I am stopped and asked to leave my unwanted companion outside, that’s going to make me angry, I am going to right that wrong.

Making conscious decisions regarding race makes the ugliness of the racism more apparent. It sticks the issue in the face of the player and tells them to deal with it. In the real world to deny that racism exists, is idiotic. If that is so, why not use a safe medium like video games to educate about the nature of racism? If I had to choose between forcing someone to be the victim of real life bigotry or in-game bigotry, I would certainly choose the latter if the same understanding could be gained. I don’t believe the experience of real life bigotry could ever be captured in game, nor should it. But if players can be shown the vileness of racism and discrimination in a game, while adding depth to its racial and cultural environment; shouldn’t we do that?

By forcing the player into racist scenarios you’re going to get them thinking about racism. Chances are whatever they choose to do about in-game racism will stick in their minds after they finish their play through. 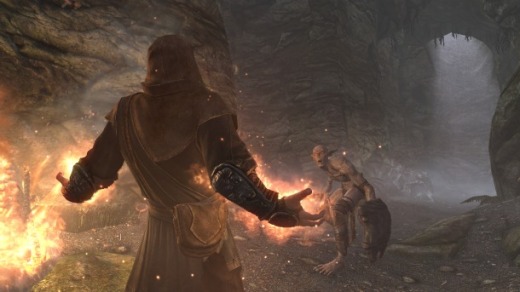 ...Then they seek out that racism. And kill it with fire that they spew from their hands.